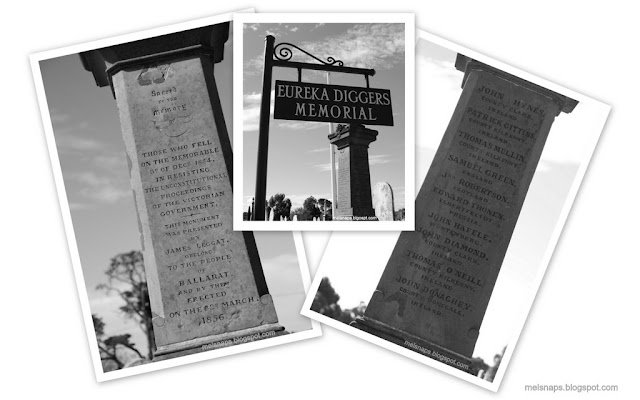 Click on Photo to Enlarge
Hi V ... In Ballarat we discovered the Eureka Diggers Memorial.  The inscription reads "Sacred in the Memory.  Those who fell on the memorable 3 of Dec 1854 in resisting the unconstitutinal proceedings of the Victorian Government".  The Eureka Stockade was an organised rebellion by gold miners which occurred in Ballarat.  Over thirty people died. It occurred when miners objected to the expense of Miners Licence, taxation and the actions of the government and its agents. It culminated in an organised battle at the stockades against colonial forces.  J.  Linking to Taphopile Tragics.